Nintendo’s recent announcement of the Octo Expansion has me hyperventilating at the thought of it. Lately I’ve been replaying Splatoon 2’s story mode as Agent 4 to collect all the scrolls and sardinium as well as unlock some of the Hero weapons. I’d forgotten the fun of single player mode and it’s only adding to my anticipation! Agent 8, the mystery octoling(?) with no memory, is aesthetically my new favorite. I’m elated to play through 80+(!!!) different missions to uncover her story and unlock playable Octolings in multiplayer. For $20 I feel like the amount of content I’m getting is huge. It will likely have good replay value as there are surely collectible thingies to find in each mission. 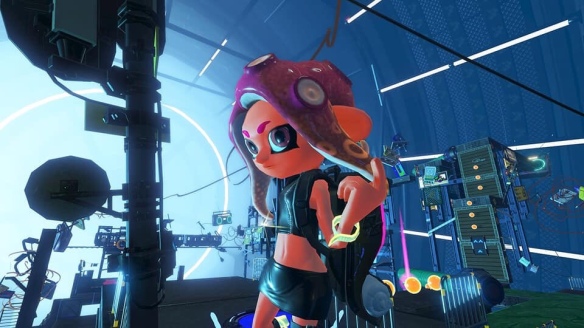 I’m a sucker (get it? Octojokes) so I took the bait (did it again!) and pre-ordered the expansion immediately to get the Octo-themed clothing. Presents!

It could have been better themed – a crate or vault like those in single player mode or wrapped nicely – but I’ll take it! I think it’s nice of Nintendo to give us a taste of the new gear coming our way. 100 new items?!? My military/motorcycle style could see some new options! Tattoo sleeves with Ink Resistance abilities? Wishful thinking, but Nintendo could be listening! 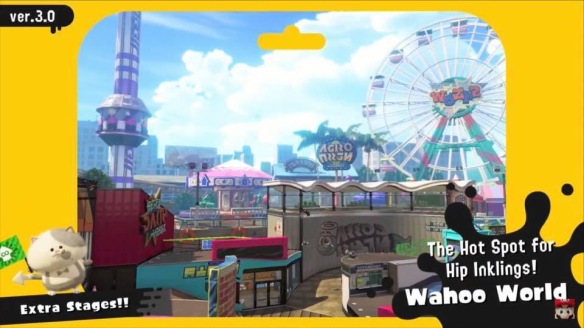 They clearly designed a new stages for me, after all! The stages. coming over from Splatoon 1 are great, but obviously Wahoo World is going to be an instant favorite of mine. I’m going to explore every square tentacle.

X Rank I’m still working my way up to S+, but now my goal has changed to hit X rank. I don’t need to be in the power rankings each month, but I do want to hit max rank and play competitively. I’m good enough, but am I competitive enough?

The revelation that Octo Expansion takes place in the subway to the right of the lobby in Inkopolis Square has me wondering about other areas of possible expansion.

The subway entrance in the middle is happening. Now I’m noticing that grated doorway on the left and the obvious closed storefront on the right. Will these open to sell some of the expanded gear? What about that door behind the boxes with the signage above?

And could there be something beyond this barricade? Could we eventually enter that building on the left and find out where that ramp goes?

What do you think of the new expansion? Do you think any of these other places could open up? What else would you want to see come to Splatoon 2?