If you haven’t gotten sucked into Octopath Traveler yet, WHAT ARE YOU WAITING FOR? With 8 characters to choose from, it can be overwhelming. After all, your main character is the only one you can’t switch out over the course of the journey. This week, let’s investigate the investigator:

Cyrus’ story got surprisingly DARK. The obliviously handsome and charming scholar is ousted from his post over a rumor he’s having an affair with the princess. He’s fine with that though because he gets to go on a quest to find a missing ancient tome – From the Far Reaches of Hell. Which appears to be taking him TO the far reaches of Hell…

Nothing gets past Cyrus’ powers of keen observation. His Scrutinize ability allows him to glean information from townspeople for discounts at the Inn or more weapons in the armory. He offers up his brilliant insights in every new situation. 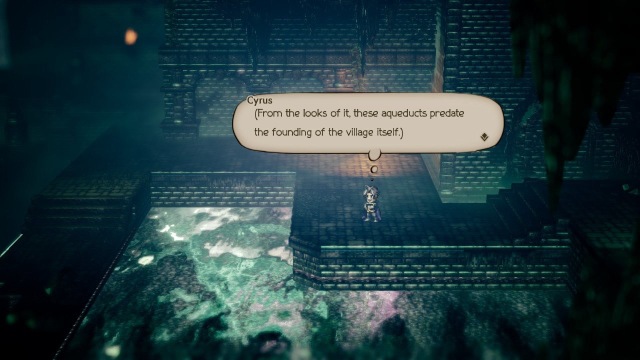 Cyrus’ sharp mind also proves useful in battle. At the start of every fight, he employs “Study Foe” to reveal some of the enemy’s weaknesses. It takes some of the trial and error out of heavier encounters.

Choose Cyrus if you:
love a mystery
practice the dark arts
play Phoenix Wright
pity pretty people who don’t know how good-looking they are

Would you pick Cyrus?

3 thoughts on “Which Octopath to Travel – Cyrus”