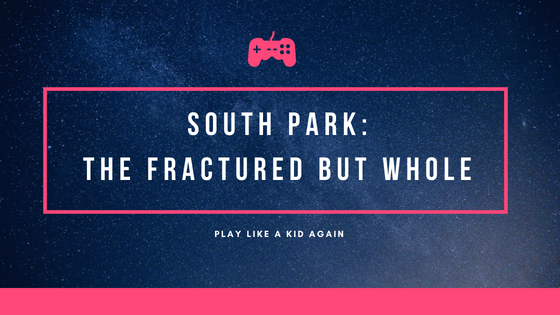 Admittedly, I’m not the most loyal South Park fan. But we’re in a bit of a doldrums for Switch releases until July, so I picked up South Park: The Fractured But Whole with some birthday money. I had no expectations going in. I might have been a little afraid I wouldn’t like it because I didn’t know what I was getting into and I’ve been out of touch with the show for so long.

My character is the gassy new kid in South Park and eager to make friends. All the kids are playing superheroes and Cartman reluctantly invites me to create a character and join his group – Coon and Friends. We all have character sheets DnD style that you complete by talking to various adult characters about gender and sexuality and religion. 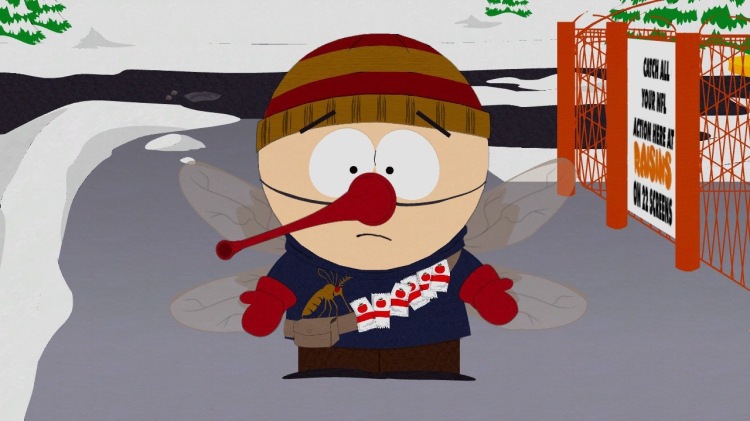 I’ve totally fallen in love with it. All the kids have their own unique superhero personas with the most creative costumes and phrases. Mosquito is my favorite! The way he plays off the actions of others in battle always makes me laugh. When Cartman/Coon attacks, Mosquito will say something like “Coon makes ’em bleed so it’s time to feed!” All of his blood puns and digs are brilliant. I keep him in my party all the time, both for the jokes and his powerful life-draining attack.

Completing challenges for townspeople allows you to take a selfie with them and gain followers. Building your following helps you level up and unlock new objectives. Here I am with Morgan Freeman at his taco stand. 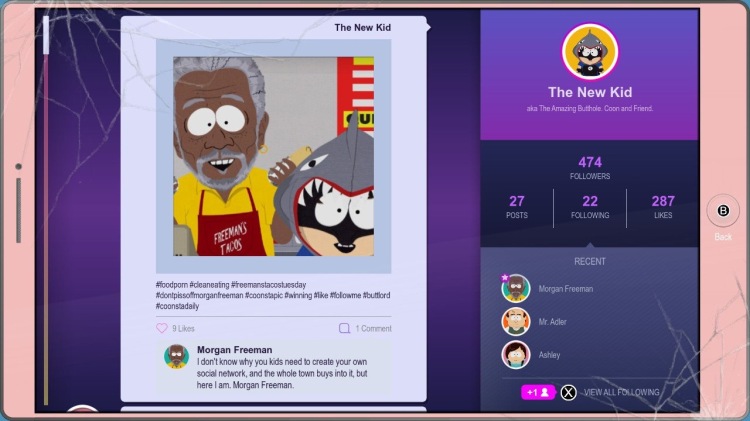 My “superpower” comes from my time-bending farts. Collecting certain mission items allows me craft special Mexican dishes and unleash powerful farts that turn back time to negate an enemy’s turn or stop time so I can get around dangerous situations and get some free shots on a 6th grader. I can combine my farts with other kids’ super abilities to solve puzzles and reach new areas of the map. There’s also a hilarious toilet mini-game in every bathroom in South Park. Some toilets are harder to master than others. 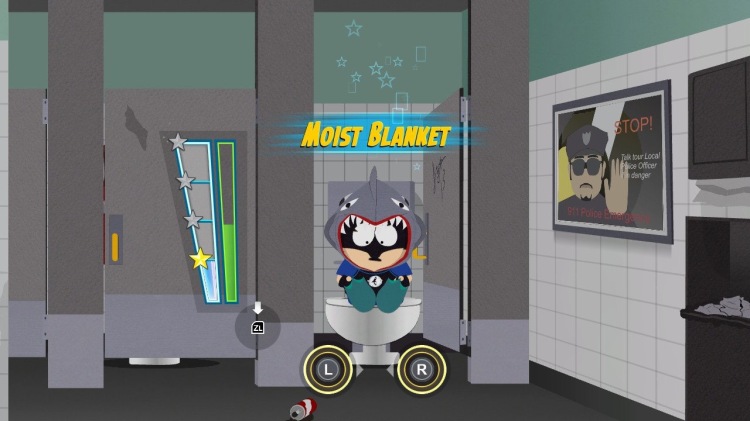 The battle component is super entertaining. Aside from the witty superhero banter, the battles can take on various forms with nontraditional objectives. In a battle with Towelie, the goal isn’t to defeat Towelie; it’s to burn four piles of weed scattered around the room to get him high. There are roving hordes of 6th graders around town that will give chase until you defeat them. Once you talk to the PC Principal, there’s a new battle mechanic that gives you a free punch when your enemy says a microaggression. 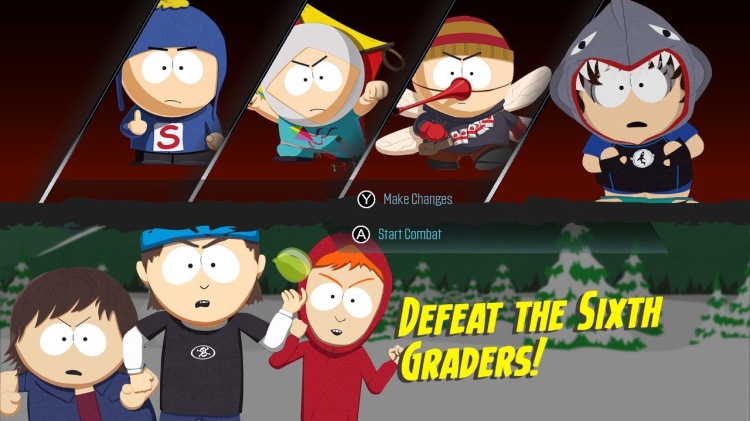 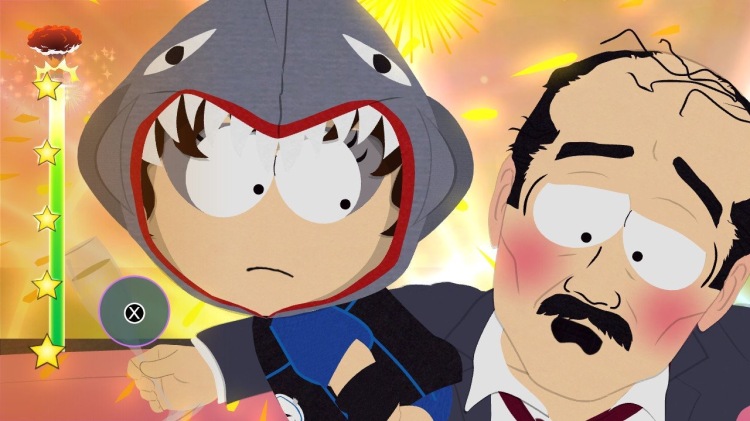 There are definitely some uncomfortable moments that are a little harder to laugh at. And most shocking is that it’s now on Nintendo Switch. I wrote to Nintendo every month for a year asking for Binding of Isaac on 3DS and that’s MUCH tamer comparatively!

What I love most about this game is that it takes place in the imagination of a child. I’m reminded how I played games as a kid. My imagination made so many worlds and abilities real for me. There’s no greater period of creativity than childhood and South Park: The Fractured But Whole lets me return to that time, while simultaneously being shocked at the incredibly adult level of inappropriateness.

One thought on “South Park: The Fractured But Whole”